After a quiet week of consolidation, the cryptocurrency market witnessed a major surge at press time. Bitcoin, which had only exhibited a growth of 2.83 percent over the last week, pumped by 3.38 percent in an hour. Along with BTC, CZ’s Binance coin was also enjoying a fruitful run with a hike of 3.43 percent in the past hour. Outside the top ten virtual assets, Charles Hoskinson led Cardano experienced a growth of 2.43 percent. 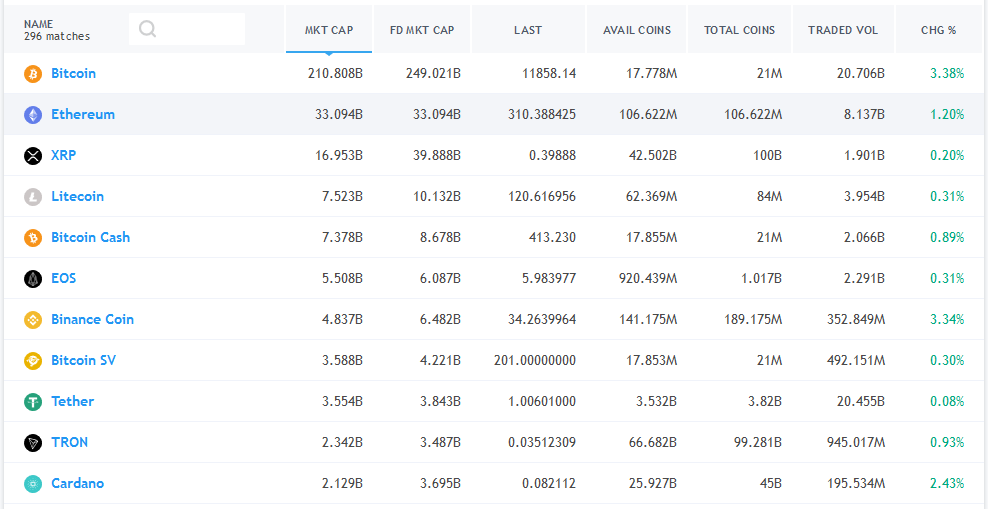 At press time, Bitcoin was priced at $11,827.16, keeping very close to the resistance of $12,064, which was speculated to be crucial for the next major surge. The trade volume recorded by Bitcoin over the past 24 hours was around $22 billion and the asset was traded the most on the Coinbene exchange. 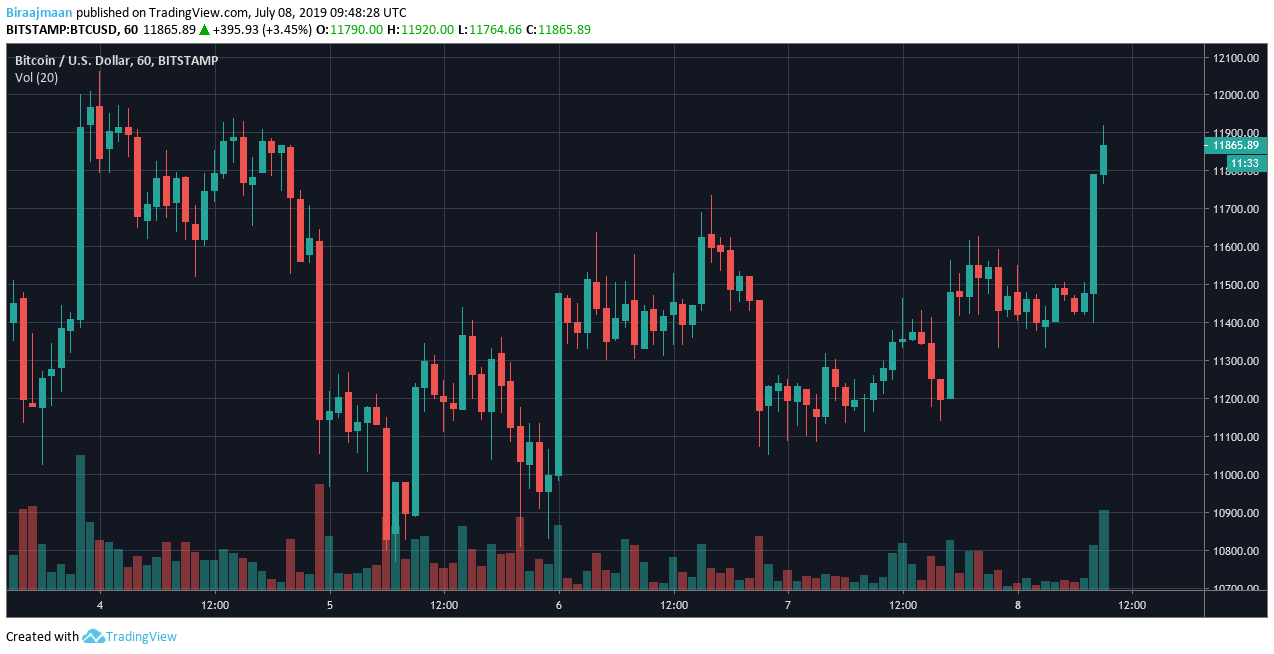 It was indicated that the current pumped witnessed by Bitcoin was due to a massive Liquidation of Bitcoin shorts on Bitmex which was equivalent to around 44 million dollars. Alistair Milne, Investor and Bitcoin Enthusiast, suggested in his tweet that the large liquation had occurred due to the past week of the bearish trend.

According to analysis, it was also observed that BTC was consistently being supported by the 20-day Moving Average. Bitcoin breached the descending channel, breaking the resistance line and invalidating it. The rise of Bitcoin, from here on, should be stopped by an immediate resistance zone of $12,200 to $12,500.

The next point for Bitcoin, if the above-mentioned zone is breached, is the previous YTD-highs formed on June 26, i.e., $13,800.

Other than Bitcoin, Binance coin was also pumping as the valuation of the asset was priced at $34.07. The trade volume of the token was around 247 million and it was trading the most on its parent exchange Binance on the trading pair of Binance/USDT.

Lastly, Cardano made the jump to 11th in the rankings, overtaking Stellar with its growth. The market cap of ADA was about 2.11 billion and the Asian exchange Huobi/Global was responsible for a huge 35.18 percent of the volume equivalent to about 42 million.

Biraajmaan is an engineering graduate who is exploring the ever-changing crypto verse while traversing his passion for cryptocurrency news writing. He is a Chelsea fan and a part-time poet and does not hold any value in cryptocurrencies yet.