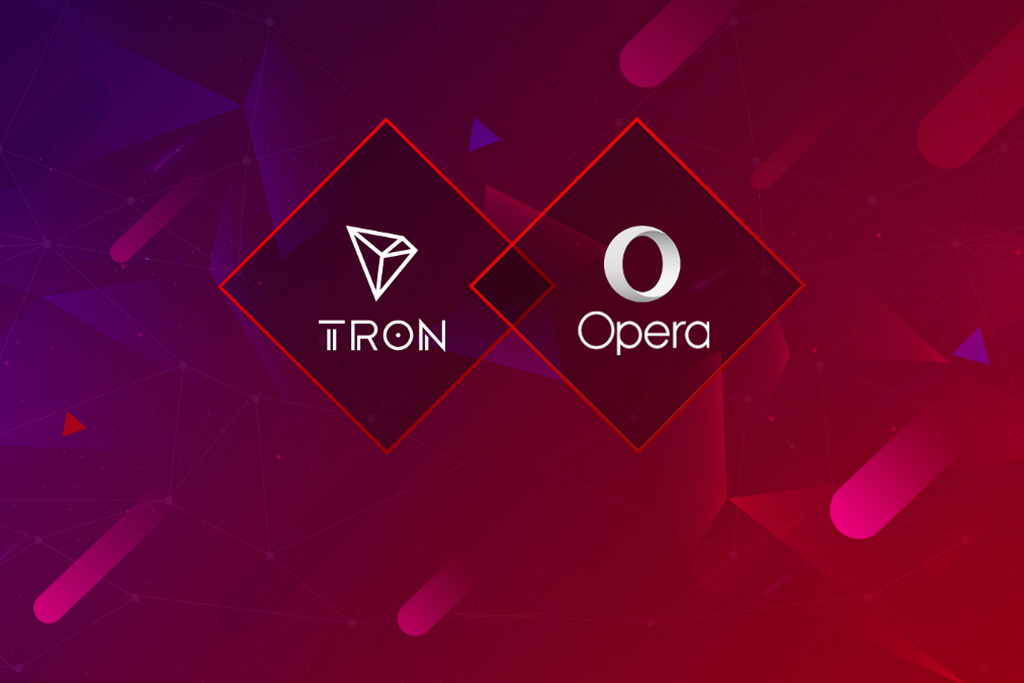 Opera, the first browser with Web 3 capabilities, announced its intention to support TRON’s TRX and other TRC-standard tokens within its browser. Opera’s Crypto Wallet already supports ETH and ERC tokens.

“Web 3” is referring to efforts to develop a semantic internet, and is increasingly used to refer to the evolution of a more intelligent, open and distributed web, which could integrate the use of blockchain, decentralized computing and cryptocurrencies.

In addition, the company proceeded to investigate the advancement of potential blockchain apps within its offerings and ecosystem particularly through a collaboration with blockchain consulting and financial services company Ledger Capital.

“We are excited that Opera, a mainstream browser with hundreds of millions of users, will now seamlessly support TRX and other TRON tokens. Soon, Opera users will be able to use dApps on the TRON blockchain.”

Bare in mind that TRC20 tokens are already standard coins issued on Tron’s network, which offers two ways to issue tokens and some advantage in specific use cases. Both the tokens (TRC10 and TRC20) are considered to be as Tron-native analogs to ERC-20. TRC20 is said to be nearly similar to ERC-20.

A Massive Adoption on TRON’s Ecosystem

TRON’s network had its troubles in the past, most of them referring to the activities in the network that were connected with gambling and risky applications. Moreover, the network recently suffered a bug that could have tumbled its ecosystem.

Also, another controversy related to the project came to light on May this year, when TRON’s former CTO and co-founder, Lucien Chan announced his departure from the project citing “too much centralization” and it going astray from its long-term vision. Even though it has been rough all the way for TRX, it was recently named as one of the fastest growing cryptocurrencies in the world today, and that probably made Opera consider TRON.

From Opera they explained why they’ve chosen TRON:

“In late 2018, TRON announced TRON Arcade, a 100 million USD fund dedicated to game applications. There are now more than 400 dApps built on the TRON blockchain, according to the review site dappreview. Many of these have entertainment-related use cases. TRON currently has more than 2.7M TRX accounts and boasts approximately 3M transactions in the span of 24 hours.”

Being one of the most significant browsers, and having more than 200 million online users today, it is inevitable that once TRON gets supported on Opera at full, there will be a massive adoption on TRON’s ecosystem.

The company’s support for TRON still hasn’t been actualized on its browser, but the browser developer said:

“At this point, we cannot disclose any more specific details regarding availability.”

However, the company stated that it is evaluating top-notch cryptocurrencies and would add prominent ones with lots of use-cases. There are unconfirmed rumors that EOS is next.

Besides introducing a bunch of cryptocurrency and blockchain capabilities in its browser, Opera also collaborated with HTC to create seamless wallet integration for Exodus 1.

Krystian Kolondra, EVP at Opera, said the company intends to boost Web 3’s mainstream acceptance by interacting with various blockchains. It can be noted that Opera’s improving crypto wallet and Web 3-based browsers consist of a desktop variant and also Opera Touch for iOS, an early-access scheme.

US Teen Rakes in $3 Million at Fortnite World Cup

Why US CEOs are Naive to Ignore Trade War & Recession...

Weiss Ratings Agrees XRP Should be A Base Currency On Binance

The Abyss Gets Unreal | Coinspeaker