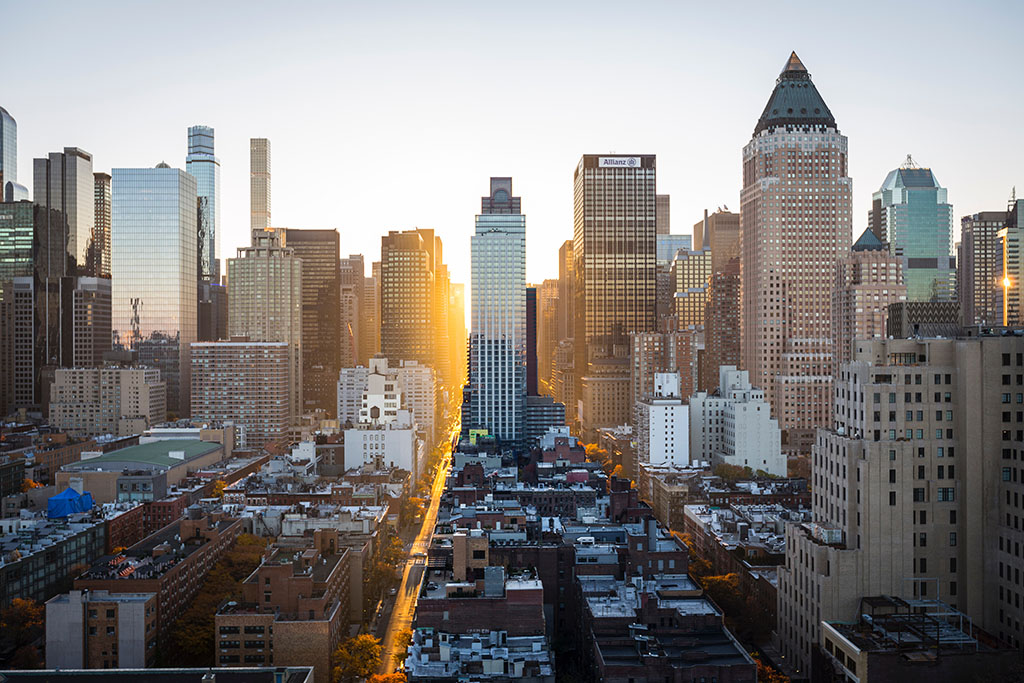 Blockchain Week in New York City has become something of a bellwether for the status of the burgeoning industry. Last May the euphoria from the heights of the previous winter had not yet abated by the time this event came around, as evidenced by the Lamborghinis punctuating 6th Avenue when the crowd of thousands poured into the Midtown Hilton for the Consensus conference.

Consensus is an annual gathering of crypto enthusiasts and experts which has come to be the central fixture of Blockchain Week. Although perhaps not as ebullient as last year, the mood of the event was decidedly optimistic this year, perhaps due to it coinciding with the recent market uptrend.

This time over 4,000 people made their way to the conference to hear market prognostications, dream of disruption and the ways crypto will transform the future, and network with others who have been hearing the same music.

Despite the hype that always manages to cloud events like these, the discussions were enlivened and tended to not shy away from some of the more serious questions facing the industry. Particular attention was paid to the intersection of geopolitics and blockchain technology – how the two affect each other now and how they could in the near future.

In addition to the wide implications this relationship could have, this is a subject that I find fascinating, a subject that we have thought a good deal about at Bytecoin, and one I think deserving of a closer look here.

In focus at the conference was what crypto could do in times of trouble and whether blockchain networks and cryptographic protections could translate to refuges from a real world in disarray. The debate used the current situation in Venezuela, where political and social unrest have provoked an economic catastrophe and a humanitarian crisis, as a reference point.

Venezuela’s economy has been tanking – and picking up momentum on the way down – for years. Under Hugo Chavez’s socialist regime in the early 2000’s, economic reforms were enacted in order to combat a growing poverty rate and exploding income inequality.

Venezuela’s downward spiral reached a new low in the spring of this year when a sustained drop in oil prices led to the Venezuelan government no longer being able to afford to import enough food to feed its people. The subsequent shortages ravaged the country. A UN report from March estimated that 94% of Venezuelans live in poverty.

Current president Nicolas Maduro placed his generals in charge of rationing out the limited food supplies but the scarcity of supplies and the dire nature of the situation made the trafficking of food profitable and led to widespread corruption and food not reaching the needy. According to Al Jazeera, as the shortages got worse, “formerly middle-class adults began picking through rubbish bins for scraps.”

While food and medicine seemed to drift out of reach of the populace, the inflation of Venezuela’s national currency picked up its pace. It is now estimated to have inflated by around 3 million percent since Maduro took office, and 1.5 million percent since last year alone. Compounding the situation are periodic electricity blackouts and communication restrictions placed on citizens by the government.

What is happening in Venezuela is an unequivocal disaster and a disweaving of societal fabric on a scale that has not been seen in this century outside the theater of war. Even though we are going to look at the situation from the lens of what crypto can possibly do (or could have done) to alleviate some of the suffering going on there at the moment, I do not want to trivialize the situation in any way.

What’s happening in Venezuela is, above all, a human story and the pain of all the innocent people wrapped up in the wreckage here should not be obfuscated by all the speculation.

With that being said, if crypto is what everyone has been saying it is – namely a means of profoundly restructuring of our economic capabilities – then what could it do here, where old structures and methods have so profoundly failed the people they were supposed to serve?

First, I think the most obvious way crypto could help here is with corruption. Outside of political considerations, an infusion of independent blockchain technology into the food distribution scheme could have worked to combat corruption.

Second, in terms of the inflation rate, the Venezuelan government actually created its “own” cryptocurrency – the Petro – reasoning possibly that, from an institutional level, holdings in crypto could help offset the astronomical losses incurred by the crash of the national currency.

However, the Petro turned out to be nothing more than a centralized plagiarism of the Dash coin and seems to have been created with the intention of using it as a means for the state to circumvent international sanctions and launder money. Had there been a real attempt at integrating a legitimate cryptocurrency into official economic policy, the inflation rate – spurred on undoubtedly by the frantic pressing of new money which only exacerbated the situation – may have been curbed.

Crypto could also help the individual in this scenario, and in fact, many Venezuelans have turned to cryptocurrency as a way of protecting their assets. It has even been reported that Venezuela currently trades more Bitcoin than some much larger countries like Australia, Canada, and India combined.

But there is an aspect of the situation that is not often covered by the media concerning cryptocurrency, and that is what crypto offers in terms of privacy. Everything has been politicized in Venezuela and the privations have only made this fact more pronounced; when the food rations come, if they ever make it into anyone’s hands, they make it into loyalist hands. The government is on high security and watching every move its citizens make.

In this kind of environment privacy is a matter of life and death. These circumstances imbue all economic transactions with the additional quality of being expressions of speech at a time when speech is very dangerous. Bitcoin and other mainstream currencies certainly have their advantages, but they are lacking when it comes to privacy.

Bytecoin and some of the other privacy coins out there offer people a means of protecting themselves and transferring value under the auspices of the most advanced cryptographic technology out there.

As I have covered in previous editions of this column, the blockchain is a means of safely moving value from the material world to a digital counterpart. In the Venezuelan context, this equation can be a lifeline to the people most affected by the turmoil.

However, because of the danger of this environment, this cannot happen without privacy. True decentralization, and its promise of freedom in economic movement, will be unattainable when most needed unless measures are taken to defend privacy.

CEDEX Pre-Sale Shines Bright Like a Diamond and Raises $20m in...

ETH Stabilizes Around $187; What’s Next?

Trezor celebrates Data Privacy Day — A reminder about the value of your...