J. Jill stock (NYSE:JILL) is one of the big movers today. The women’s clothing retailer is one of 99 companies with a female CEO listed on Robinhood.

The company announced Tuesday that it made a bold ultimatum to creditors. Extend some of our debt maturities to 2024, restructure our loans, and lend us $15 million in junk loans (the kind that gets paid last in the event of bankruptcy)– or we’ll declare bankruptcy.

But the way the market is looking at it today, that should read:

70% of J. Jill’s creditors are on board with the debt relief to keep the retailer going. To the remaining 30%, J. Jill says join the fold, or it will file for bankruptcy. The company has given creditors a Sept 11 deadline for 95% to agree to the plan. Or else they can fight over pieces of the $700 million-a-year retailer.

After Bloomberg reported these developments Tuesday morning, JILL soared 157%. By lunchtime, shares settled to the $0.75 range, 94% above Monday’s close of $0.3850.

The (maybe Robinhood) bulls are betting the creditors won’t walk. The clothing store will get a cash infusion and four more years to keep up with its bills. And out-performing returns will ensue from a turn-around.

Now that’s a great fairy tale with a happy ending. But making that trade is as bold as J. Jill’s last stand with its financiers. This move is incredibly fraught with risk.

So it’s well-suited for many Robinhood traders. Retail investors on Robinhood love fixer-upper equities with get-rich-quick potential, like penny stocks. Their appetite for beaten-up stocks has led to some very bizarre trading days for Wall Street. 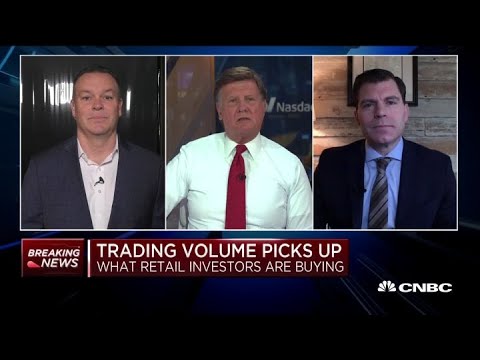 So is Robinhood to blame for JILL’s price surge? The only way to tell will be to keep an eye on its 100 most popular list. But the retail crowd sure fits the bill for this. They came for Hertz stock (NYSE:HTZ) in June, surging its price 100% despite its recent bankruptcy and repeated warnings from Hertz that it could be worthless soon.

They came for Ford stock (NYSE:F) last year. The big-name, beaten down, low share price company was perfect for Robinhood. Almost exactly a year ago, Ford was the third most-held stock on the platform. As recently as May, it was the third most popular.

Today, as the stock continued to slump over the last year, so did Robinhood’s interest. It is now the 73rd most popular offering on the app.

They came for airline stocks earlier this year. While Warren Buffett was bailing out of airlines, American Airlines (NYSE:AAL) was the fifth most popular on Robinhood in May. As its share price dwindled, it dropped to 69th on the app.

There’s a pattern here, and J. Jill fits that pattern.

What are we doing here? Scratching lotto tickets? Someone call Steven Mnuchin and tell him to cancel the second round of checks. People still have more money than they know what to do with.

Disclaimer: This article represents the author’s opinion and should not be considered investment or trading advice from CCN.com. Unless otherwise noted, the author has no position in any of the stocks mentioned.

Facebook Blockchain Hiring 22, Could Its Crypto Be On The Horizon?

Lamborghini Launches Digital Stamps For Its Most Iconic Models Guaranteed By...

Crypto Market Adds $7 Billion  as Bitcoin Recovers, But Not Convincing

Boeing Is the Latest Company to Escape a Hostile Business Environment