The Binance Effect has once again come into play. The world’s leading cryptocurrency exchange has recently announced that it will list Fantom (FTM) on its principal exchange. The coin was already trading on the Binance Chain and following the news it skyrocketed in value, increasing by more than 60 percent.

Fantom (FTM) is going to be listed on the main exchange of Binance. According to the official announcement, the exchange will open for trading the following pairs:

The trading will begin on June 11th at 4:00 AM UTC. However, users are already allowed to start depositing their FTM to prepare for the launch.

As it’s always the case with Binance listing a new cryptocurrency for trading, FTM’s price surged immediately after the announcement. 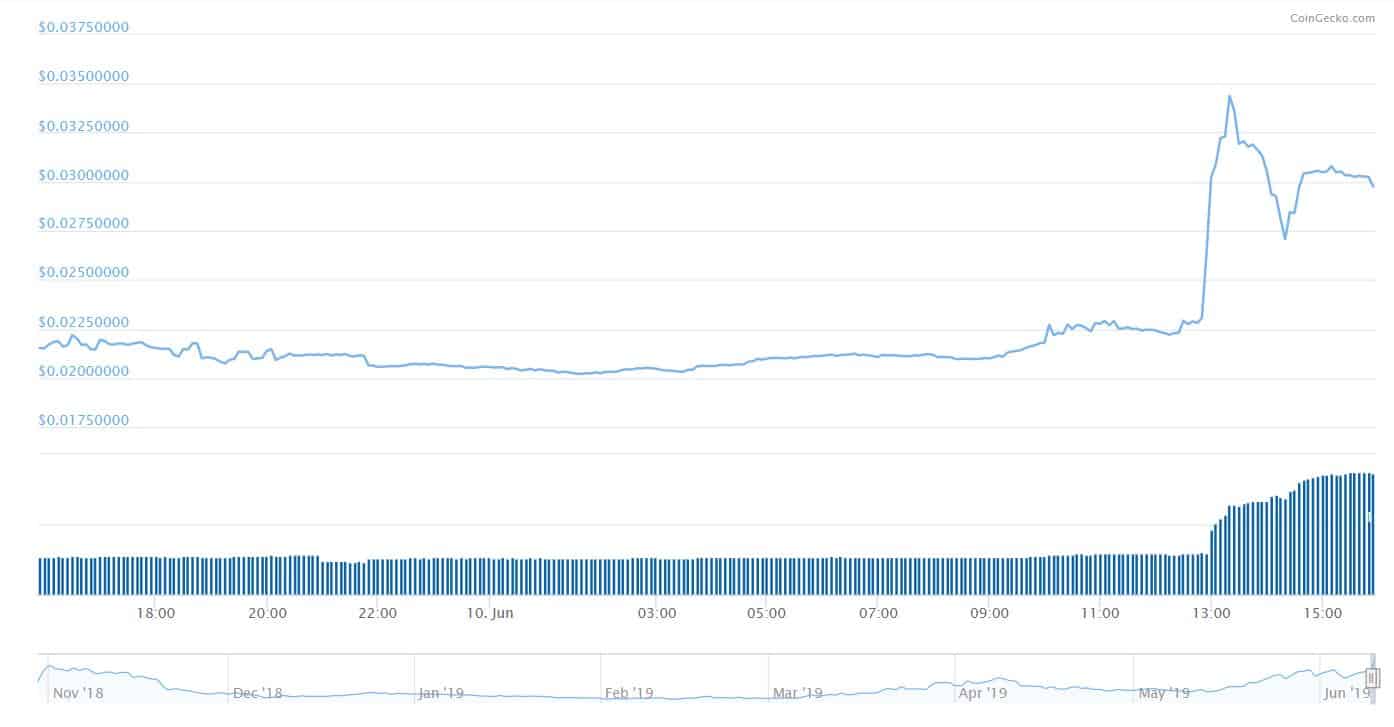 As seen on the chart, the price marked a massive increase upwards of 60 percent in a matter of minutes. Perhaps somewhat expectedly, the price has since pulled back. Yet, at the time of this writing, Fantom is still about 35 percent up.

A First For Binance

What is even more interesting, however, is the fact that Fantom became the very first project to be listed on Binance DEX first and then subsequently listed on the main exchange.

Congratulations $FTM. The first project to go from @Binance_DEX to @binance. First of many! https://t.co/gs6OZT3zsp

What this goes to show is the massive effect that the world’s leading cryptocurrency exchange, as well as its DEX, has on the market.

ICON Founder Addresses Community: “I’d Be Lying If I Said the...

US CFTC To Establish “Holistic Framework” For Cryptocurrencies To Promote Innovation

Who Needs a Bitcoin ETF? Crypto Scoffs at SEC Rejections

Why This Privacy Crypto Is Down 5% Today While Bitcoin Soars