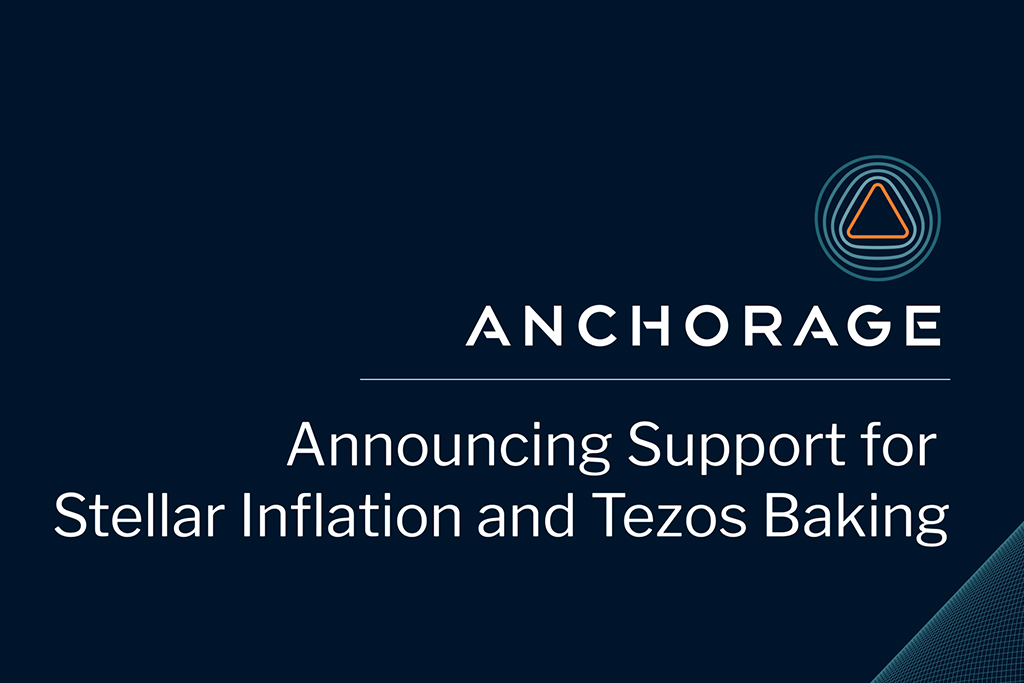 Anchorage clients who hold Stellar or Tezos now are in for a treat. Anchorage just announced that they are adding these assets to its list of eligible assets, the company co-founder and president Diogo Monica announced in a medium blog post. For those who hold Stellar, they can now receive inflation awards with their assets in custody. Basically, this means that investors now will be able to capture inflation returns because of Stellar’s fixed inflation rate of 1%. This feature is written into its protocol and if all asset holders participate fully, each one of them would receive a total distribution of 1% of XLM per year which would be proportional to their holdings. Users just have to delegate their votes to a specific inflation pool and they will receive the awards. Also, Anchorage says they provide all the necessary reporting to the clients’ fund administrators, and they have a simple user interface.

Moreover, users who hold Tezos now can delegate their baking rights to any of their preferred bakers, including Anchorage’s and that will enable them to receive baking returns at a rate of around 7% per year.

“Tezos as a network is safeguarded by the active participation of its community. By letting their customers delegate to the baker of their choice – including the customer’s own servers – Anchorage’s offering aligns itself very well with the philosophy of the project,” says Tezos co-founder Arthur Breitman.

If you haven’t yet heard of Baking, then rest assured – it’s very similar to Staking, a mechanism which is used for validating new blocks on the blockchain.

Basically, Anchorage users can delegate their XTZ’s to the company’s baker or any third party baker of their choice and Anchorage then will deposit the client’s baking returns directly to the account of their choice. Users can switch between bakers at any time for as long as they want. Also, Anchorage will post bonds on the clients’ behalf.

Anchorage is competing against a wide set of industry professionals in this field. They hope that by adding more and more assets for storage they will be able to compete with Coinbase, BitGo, Fidelity, and Bakkt. It almost seems like a race of who will be there first. Because as soon as this industry got the approval of regulators, everybody wants to take a piece of the pie.