Chicago derivatives behemoth, CME, has registered significant trading activity lately, both in terms of Futures and Options, since Bitcoin’s third supply cut event. In another milestone for the platform, Bitcoin Options on the 12th of May noted strong uptick with more activity in the May calls. According to the crypto-analytics firm, Skew, CME Bitcoin Options volume smashed its previous record to climb to a new ATH of $30 million since it went live in the second week of January this year.

Additionally, CME’s dominance stood at 21% of the total aggregated BTC Options volume, while it accounted for 6% of the total Open Interest on the same day. 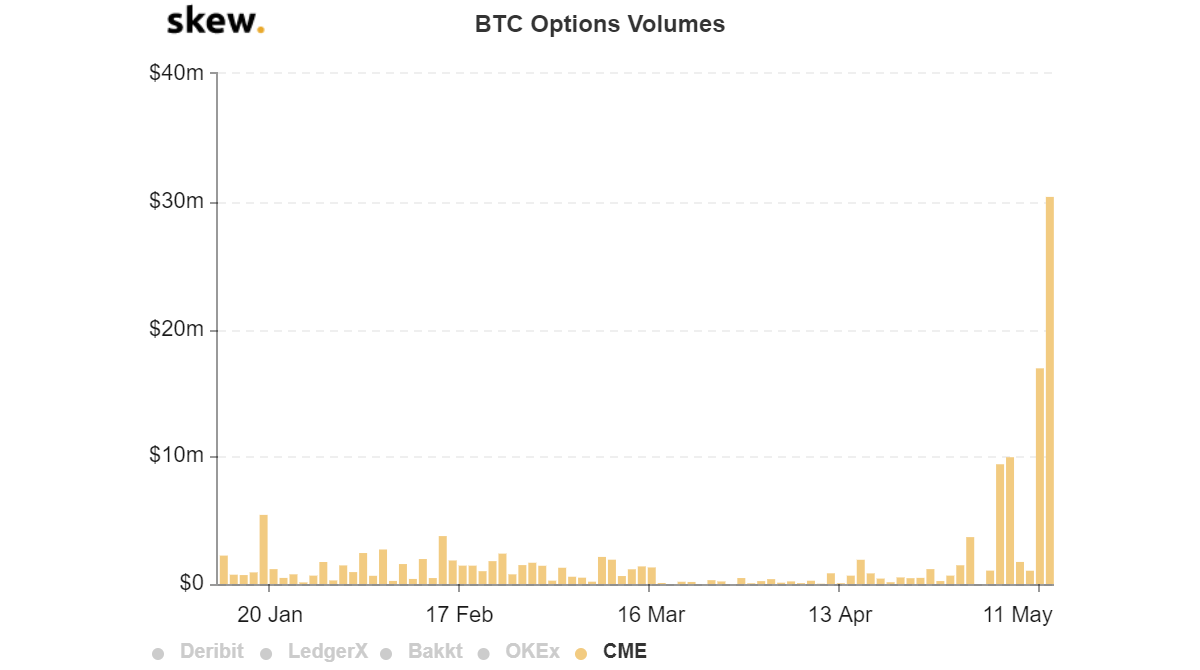 This was accompanied by a major surge in terms of Open Interest on CME, a figure that skyrocketed to $66 million on the same day. The derivatives market in the crypto-industry has become larger and more dominant than it ever was before. Especially, the participants in the Options market are often touted as knowledgable and experienced. Hence, a move such as this one tells a great deal about their confidence in Bitcoin’s long-term value.

This was also indicative of the declining Put/Call ratio in BTC Options on the platform. The ratio noted an uptick as Bitcoin’s price nervously pulled back several times, leading up to the halving. It rose to 1.52 merely two days before the event, soon after which Bitcoin’s spot price dropped to as low as $8,100. 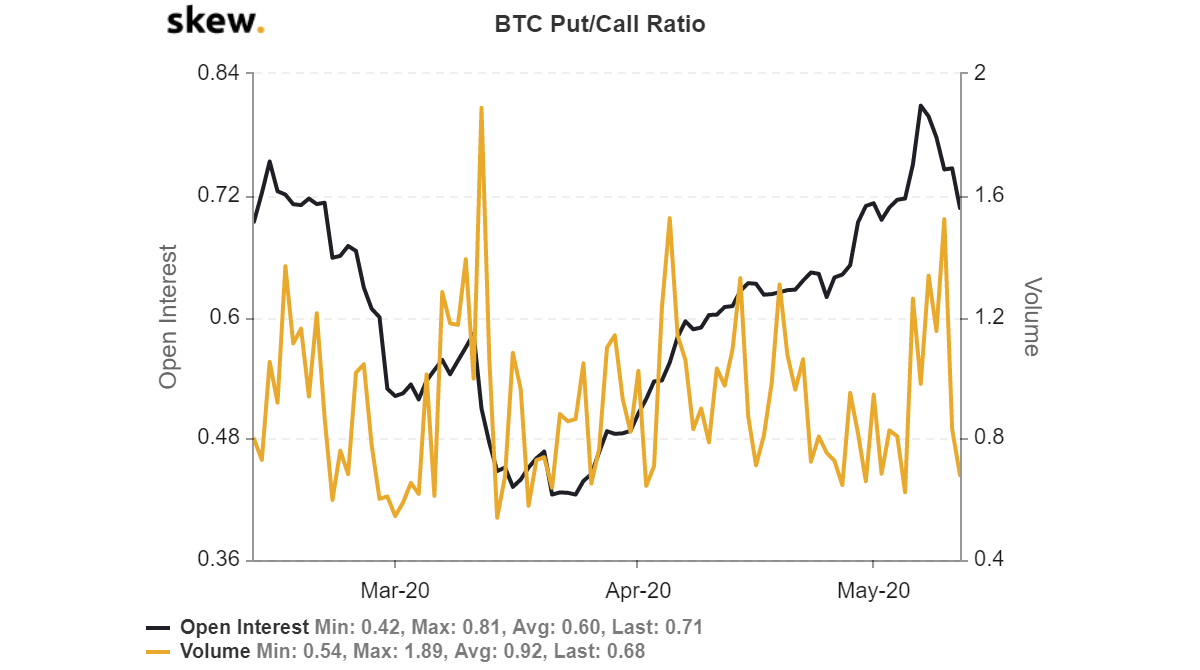 On 12 May, the put-call ratio dropped 0.68, meaning that traders were buying more calls than puts and suggested that bullish sentiment was building in the market. In the last two halvings, price rallied to significant levels, but as the market evolved the narrative of a surge in the driven by the supply-squeeze in the short-term might not unravel.

“While the reduction in bitcoin’s renewed supply due to the halving introduces the possibility of a sharp rise in BTC price, it is possible that smart institutional money will push prices down in the short-term, as it did when CME and CBOE introduced their futures in Dec. 2017.”

Top 15 Podcast Blogs and Websites to Learn Podcasting in 2019

Steemit Is Now Fully Operational Again After Chain Halted Due to...

Bitcoin’s volatile days will return when it decouples from stocks

SWIFT Unveils Plans to Launch PoC Gateway Side by Side with...

Inventor of the Non-Fungible Token Creates New Standard That Could Replace...

Are Bitcoin HODLers panicking yet?