Bitcoin’s price has grown 228% year-to-date and has managed to register a new ATH at $23,777. The common thought behind this appreciation of BTC was the growth of institutional interest in the coin. This interest was reflected in the Chicago Mercantile Exchange [CME]. As the value of Bitcoin started to rise, the CME’s OI also surged and has now reached an all-time high at $1.4 billion. 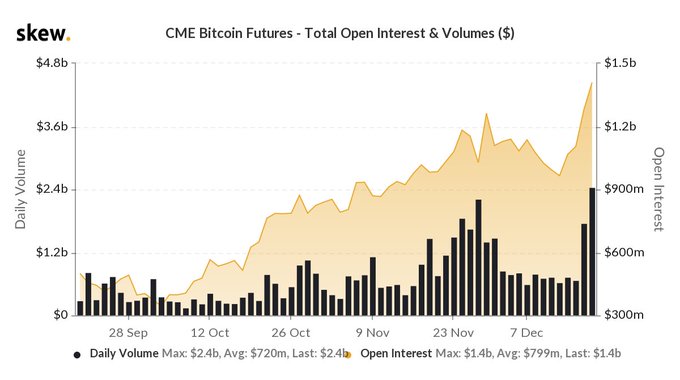 The above chart highlights how the open interest was under $1.2 billion in September and early October. During the same time frame, Bitcoin’s price was consolidating under $11k, but as the price began to rise towards the latter half of October, the CME OI has also noted a  spike. Following this rise, a new ATH in terms of OI was seen in November when the value reached $1.16 billion and briefly became the largest futures market for BTC.

However, now that the OI has increased to $1.41 billion on the CME it is still in the second position among the largest crypto exchanges. The top position has been taken by OKEx with $1.42 billion, with a very minimal gap between the top two exchanges. 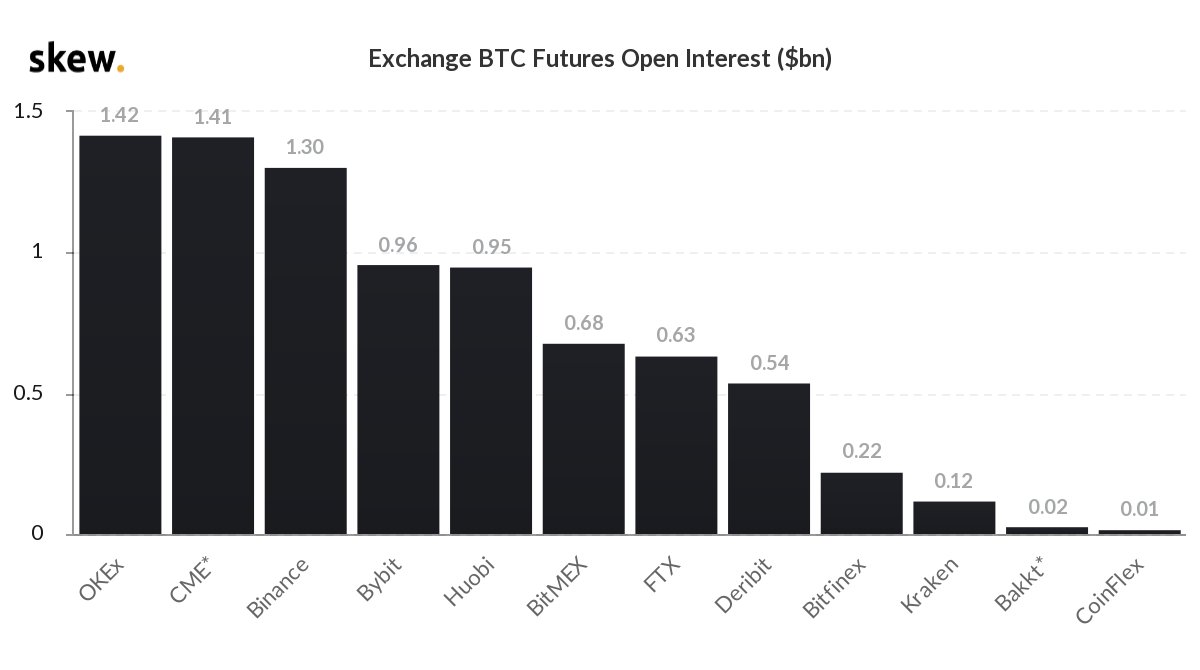 Whereas Binance takes the third position with $1.30 billion, and the rest remained under $1 billion.

Is this the top?

The rising price of Bitcoin has been a long-awaited dream for many and even though there have been wild speculations about the value of BTC, a lot of hodlers are satisfied with its current price. However, a historic event might be causing us to ask the question of whether this is the top for now?

In 2017, when the price of Bitcoin was peaking at $19k, the CME introduced its Bitcoin futures. However, a little later the price of the cryptocurrency dropped. Although it could be due to the low interest and the price of the digital asset booming in the short term, the current market is also seemingly awaiting a price correction.

The Relative Strength Index has been holding in the overbought zone, which was an indication of a trend reversal. The price has not been interrupted by a correction, and with the price consolidating under $23k, we may see a change in trend.

Huobi exchange acquires Nevada Trust License and returns to the US

Why Bitcoin’s bull run is all about bonds