Bitcoin’s price has been consolidating since the last bull run, however, short-term charts for the coin indicate spurs of bullish outburst as the coin awaits breaching of a bullish pattern, followed by a correction.

Bitcoin pulled itself out of the $9,800 hole and, at press time, was valued at $10,340.86. It reported only minimal growth of 0.10% over a day, but as price consolidates the valuation may shoot up in the shorter term before reporting a correction. 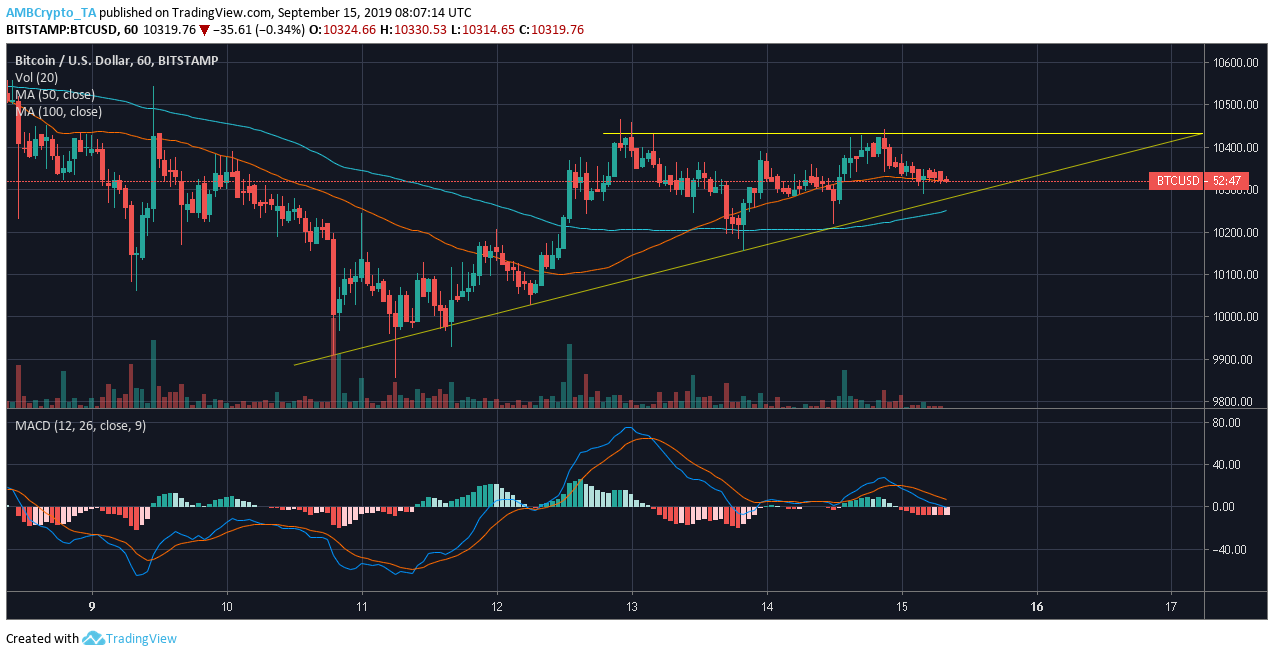 50 moving average overtook 100 moving average, showing signs of a bullish market. However, MACD line was resting under the signal line signifying a bearish trend. Thus, the coin may report some growth over time, but the bears are not far. 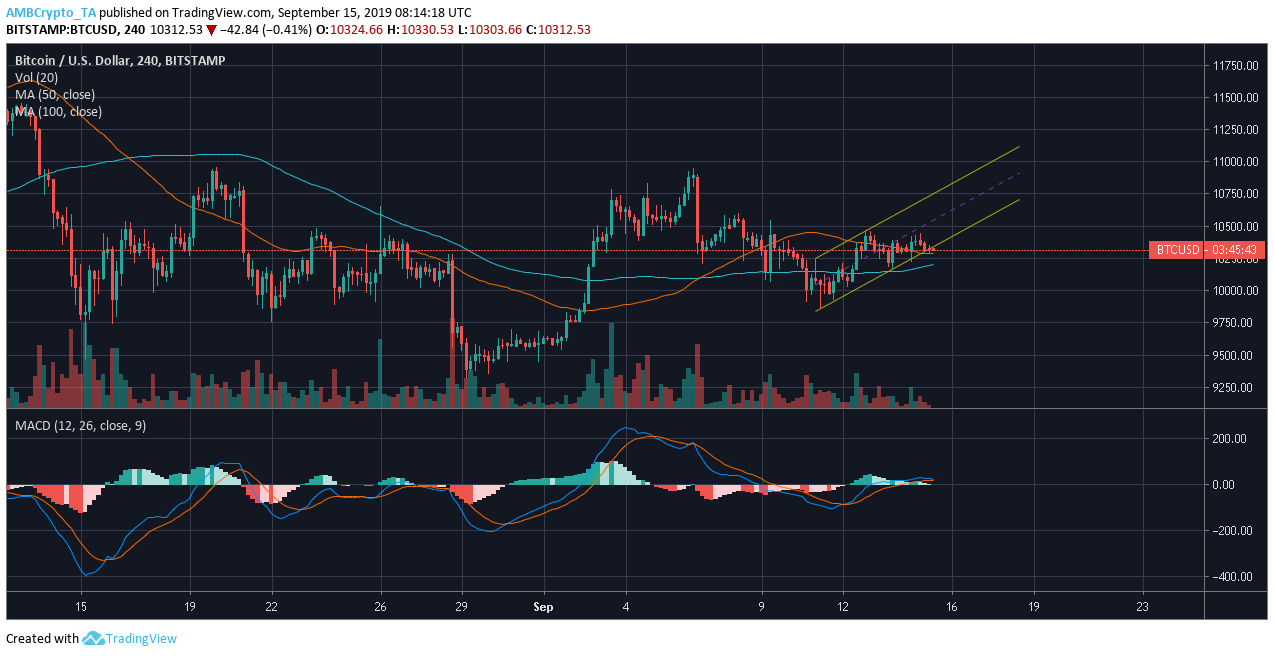 The 4-hour chart of the coin recorded formation of an ascending channel, conceived as a bearish sign. Price of Bitcoin has been contained between two upward sloping parallel lines. The higher highs are connected by one trend line at $10,218.72 and $10,466.89, while the higher lows are linked by another trend line at $9,854.20, $9,924, and $10,156.67. The price of the coin might take a hit if the coin were to move further in this channel.

Namrata is a full-time journalist at AMBCrypto covering the US and Indian market. A graduate in Mass communication, while majoring in Journalism, she writes mainly about regulations and its impact with a focus on technological advancements in the crypto space.