In addition to the notorious Satoshi Nakamoto saga, nChain’s Craig Wright caught the crypto-ecosystem’s attention by making a rare appearance at a conference in Toronto, in the middle of the short-lived 93% spike recorded by Bitcoin SV’s trading value. As always, Wright made news again after making yet another infamous accusation.

The BSV spearhead, while hosting the conference to promote Bitcoin SV, claimed that Bitcoin [BTC] was in circulation, only to enable illegal operations. A recorded clip of the incident surfaced on YouTube, in which Wright is heard saying,

“Binance, Bitfinex, and Tether use Bitcoin [BTC] to fund fund illegal operations for pumping money such as illegal money travel, illegal use of people smuggling.”

However, Wright failed to cite any source or evidence backing his claims. This statement was particularly significant in the light of the fact that almost everyone accused by Wright has openly dismissed Wright’s claims of being Satoshi Nakamoto. Binance, for instance, had also de-listed Bitcoin SV from its trading platform.

Additionally, Wright accused the crypto-giants of funding prostitution and slavery. He said,

One of the accused was quick to respond to the accusations. Binance’s CZ responded,

“Giving attention is probably what he wants… We ignore stupid stuff, and focus on things that matter. #BUIDL”

Apart from making stunning accusations, Wright’s speech also focused on revealing his intentions behind building usable applications, tools, and infrastructure for other people to make the ecosystem better. He added,

Unless the reality uncovers itself, Craig Wright seems to have managed to convince a new set of people that he in fact, is the creator of Bitcoin, Satoshi Nakamoto. One crypto-enthusiast, @Patrice_Gaucher, tweeted,

“If this doesn’t convince people about him being Satoshi, I don’t know what will. An emotional closing that brought tears to my eyes. We are on the right ship people. Keep buying, share with others, lead the way.” 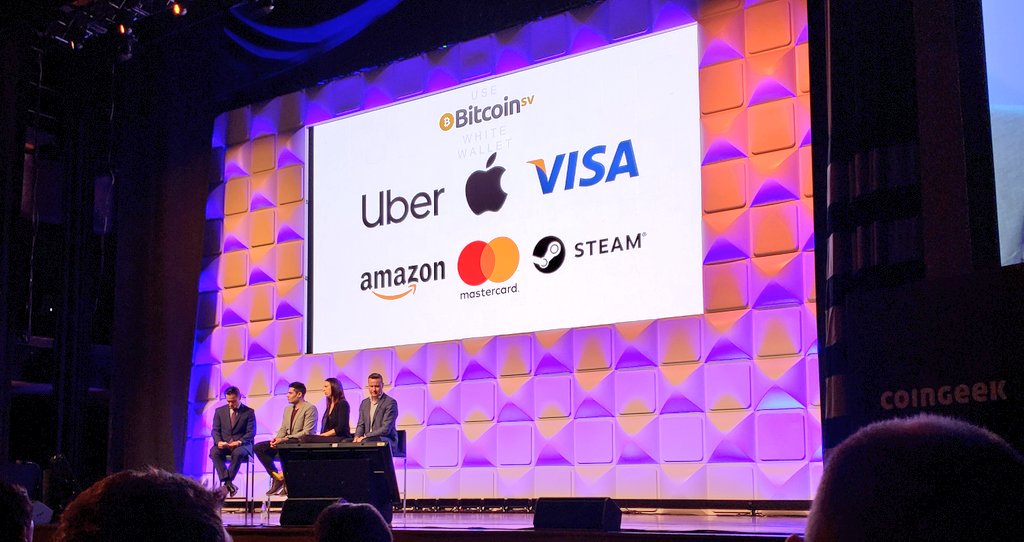 The fact that Bitcoin SV shared a sponsorship card with the likes of Uber, Apple, VISA, Amazon, MasterCard and Steam speaks volumes.

SEC Chair Clayton Nominated as US Attorney for New York