The resistance at the $6,000 level was breached. In fact, it stood around $5,500 as we analyzed it in previous updates and it was estimated that there would be no resistance all the way up to $8,000 which is the range in which the price was tested in the past 24 hours. Of this resistance is breached, according to the VPVR indicator along with Fibonacci analysis of the long correction, the next resistance will be at around $9,500. It’s important to note, though, that a correction will come, but in the middle of such a major move in which the market changes its trend it is hard to predict the short term. 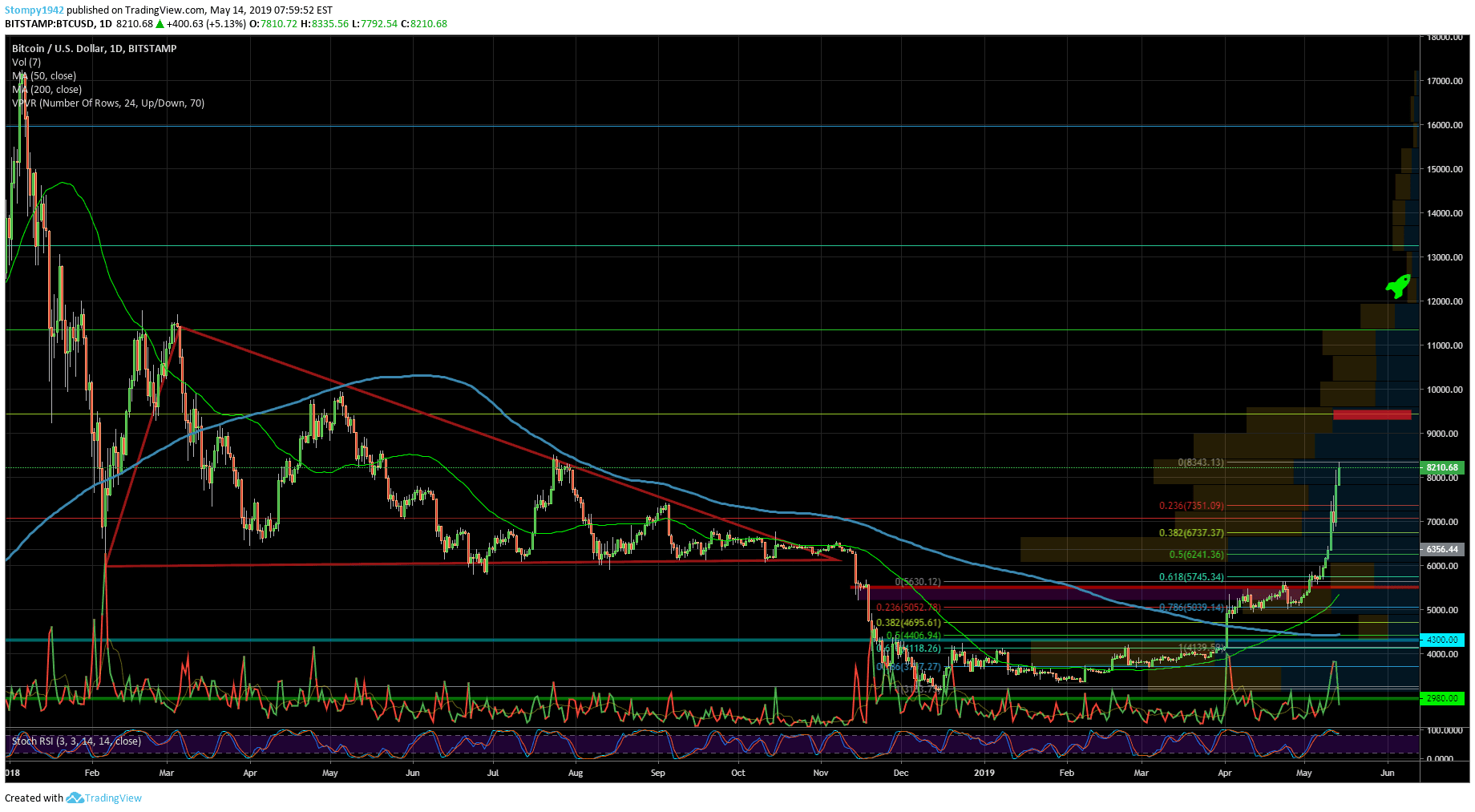 Against the dollar, this year the price held around 30 cents until Bitcoin’s surge, which also affected the dollar value of XRP. It rose sharply to the resistance from which a change in trend could be announced. Meanwhile, there is a strong resistance at 40 cents while the support in this range is at around 35 cents. This can be estimated from the breach of the 200MA. 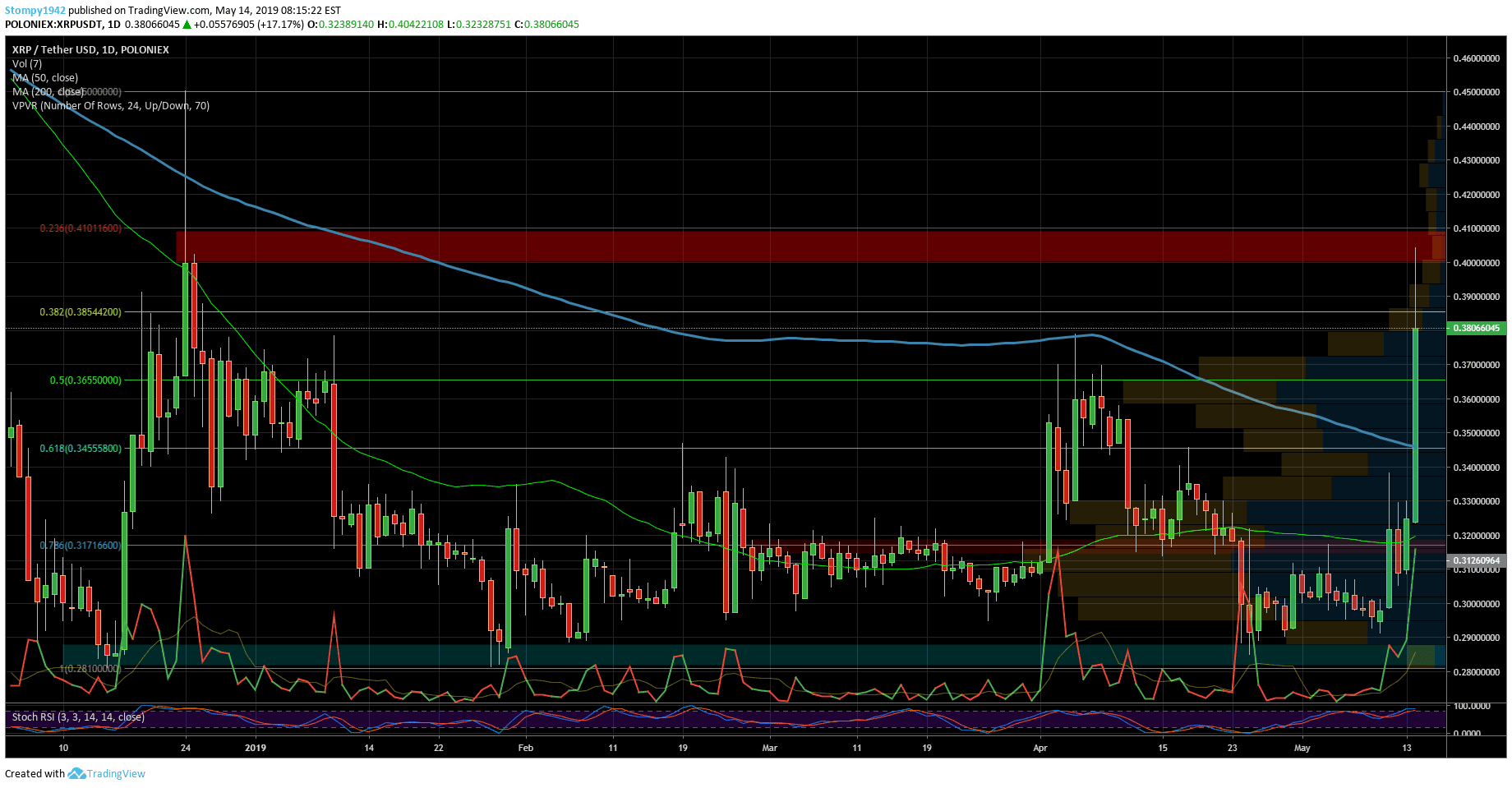 Against Bitcoin, the declines continued until the trading volume reached around 4000SAT, where the support broke the Fibonacci. The candle that was reached marked the support and brought a sharp increase towards 5000SAT where the resistance lies for this range. 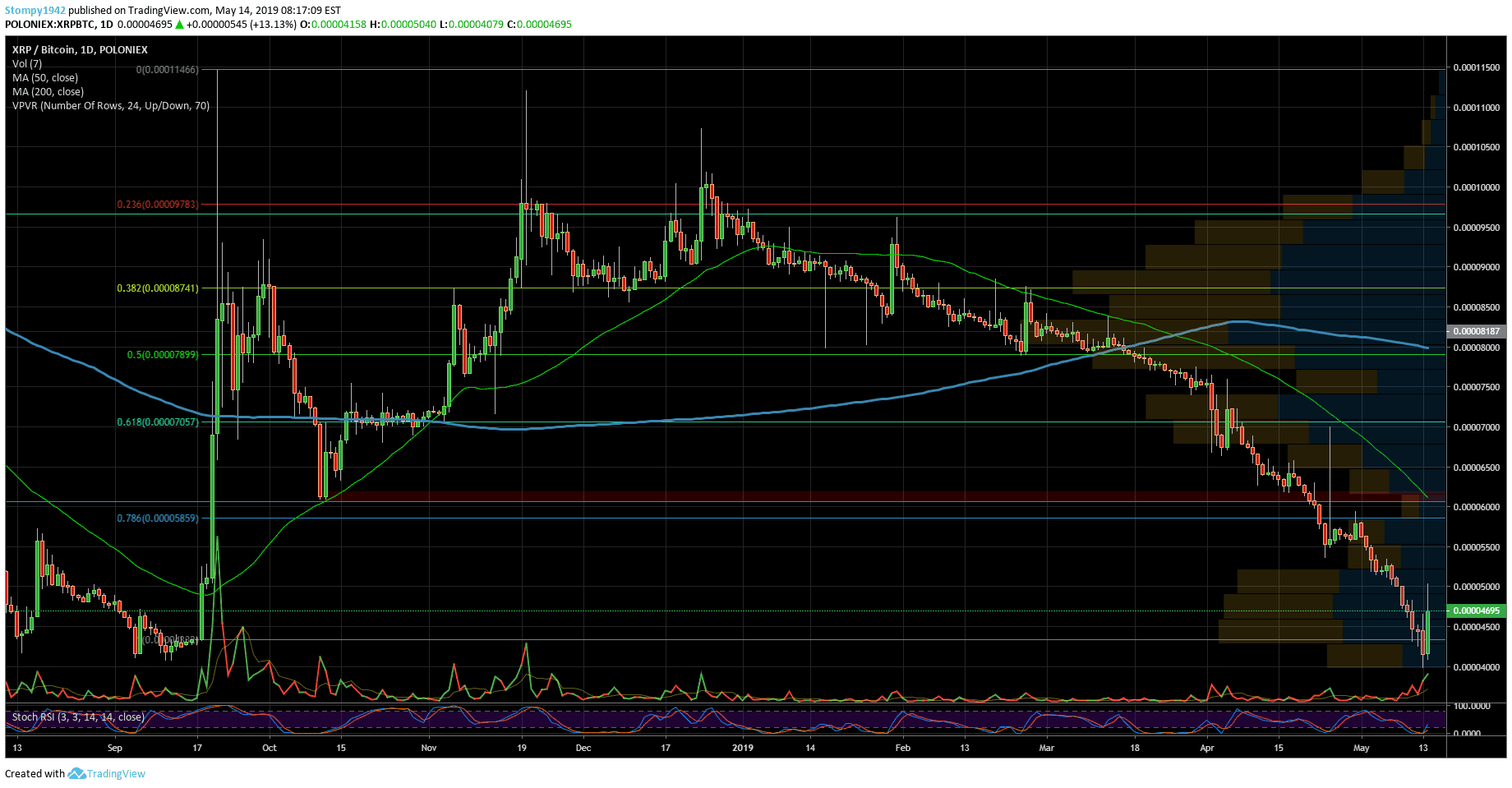 Against the USD, despite all the problems that Binance has gone through recently, we can see the ATH being tested and we see attempts for the positive trend to keep going. Resistance is at $26 and if we see it breaking through, we will reach a new ATH. The support is at around $21. 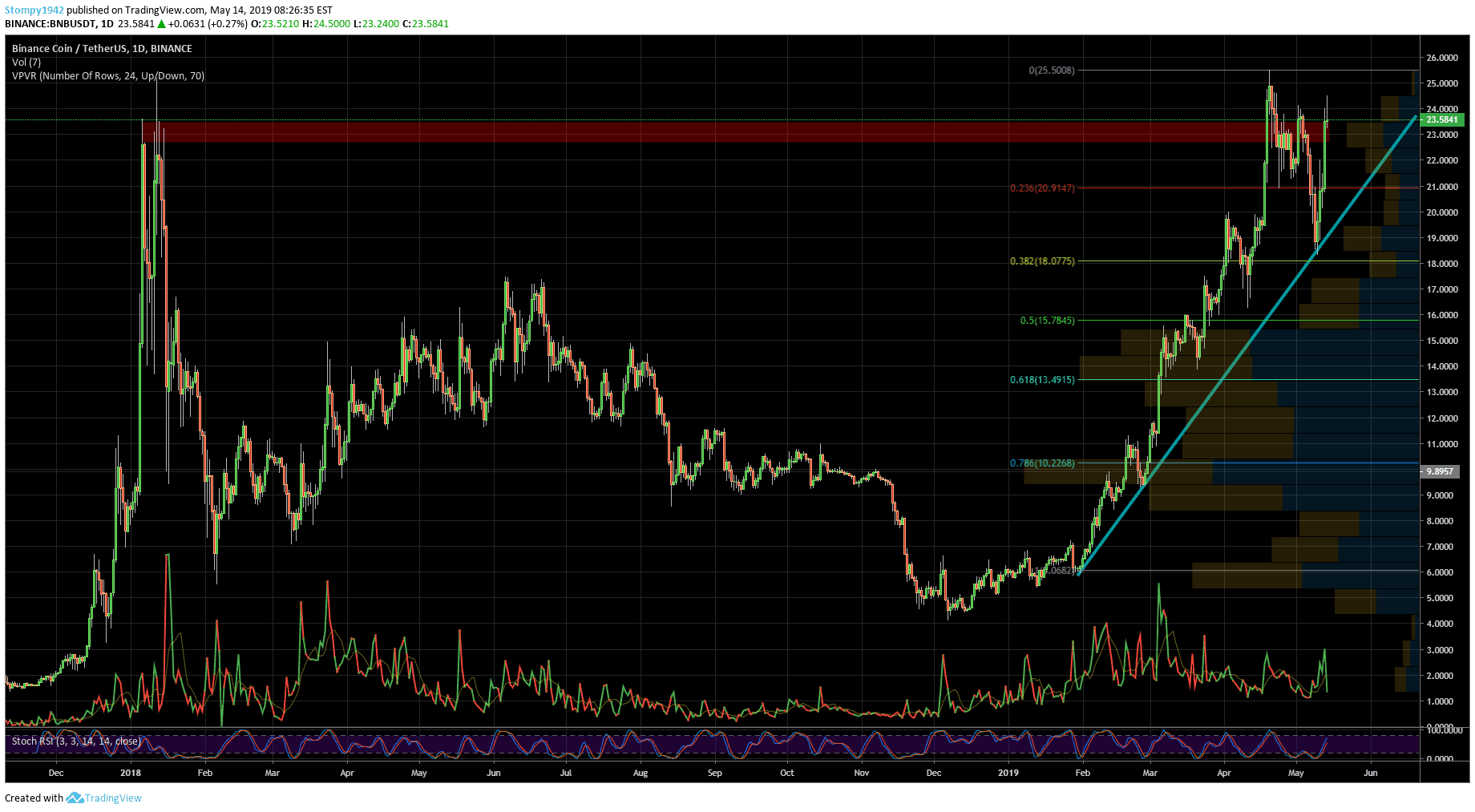 Against Bitcoin, the price is going down, testing the support at around 0.0028BTC. If broken, the next support will be at around 0.0026BTC. Technically, it looks as the graph breaks the trend and is seen as positive. 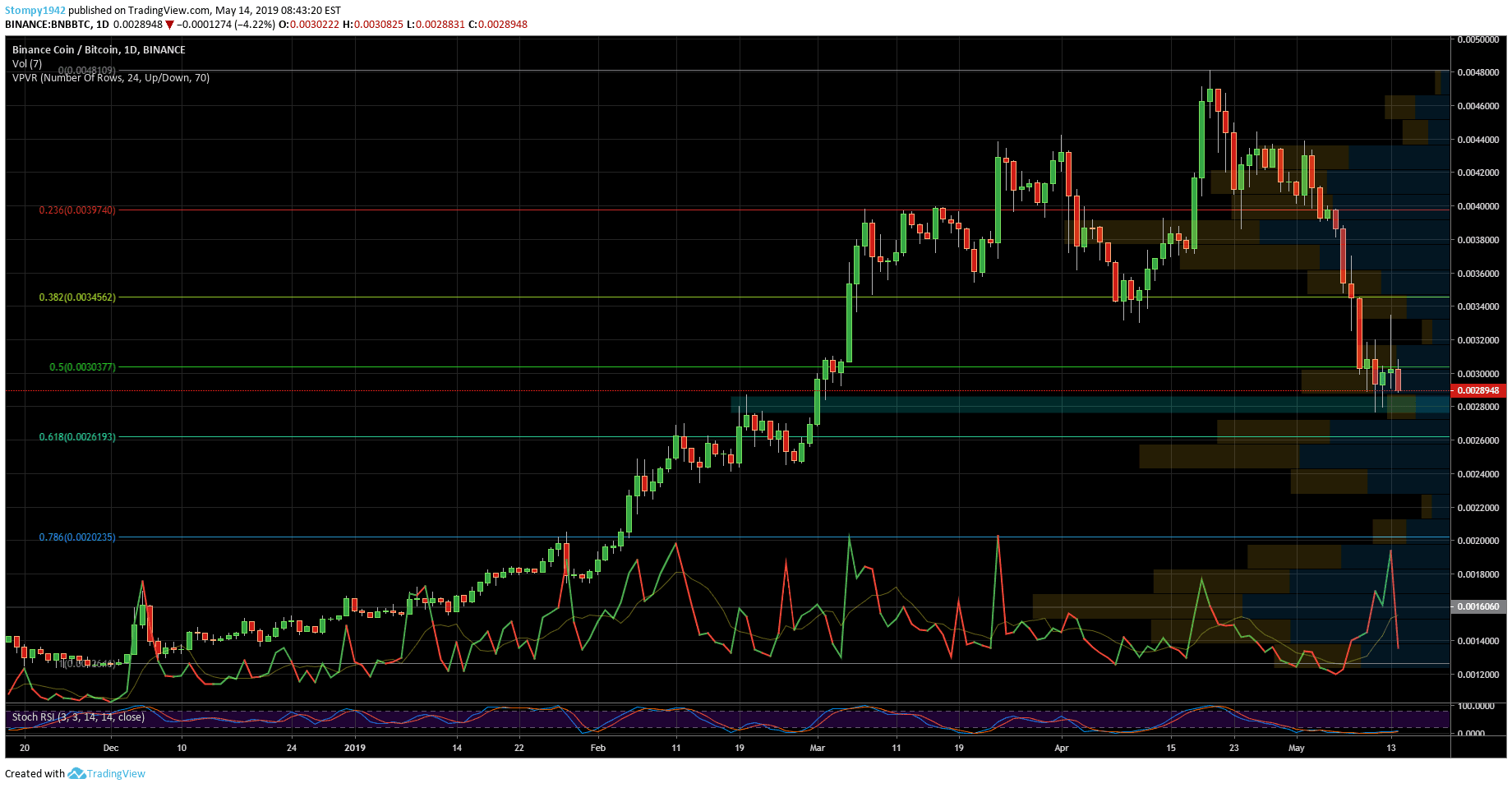 Active vs Passive Bitcoin Investing: Which Is Right For You

Mark Carney Proposed As The Head Of The IMF – What...