The Bitcoin Futures market was suffering owing to the volatility that had crept into the market following the fateful crash on 12 March. However, as buyers entered the market, the price of BTC began rising, with the world’s largest cryptocurrency hovering around the $7k-mark, at the time of writing. This 86.27% recovery in 40 days invoked great interest flowing through exchanges.

According to data provider Skew, there has been rising interest on institutional platforms like Bakkt and the Chicago Mercantile Exchange [CME]. As per the platform’s data, the exchanges marked a new peak in terms of Open Interest [OI] since Bitcoin’s fall in March.

The OI of Bakkt had fallen to $4.8 million by 13 March and it has been toiling since. The investors had also become dormant, with both the volume and OI recording a slip. However, as the BTC market began to stabilize, some volume returned to the Bakkt market, along with the OI noting a sharp spike. On 22 April, Bakkt reported a volume of $17.3 million, whereas the OI had reached $6.9 million, a value not seen the slowdown. 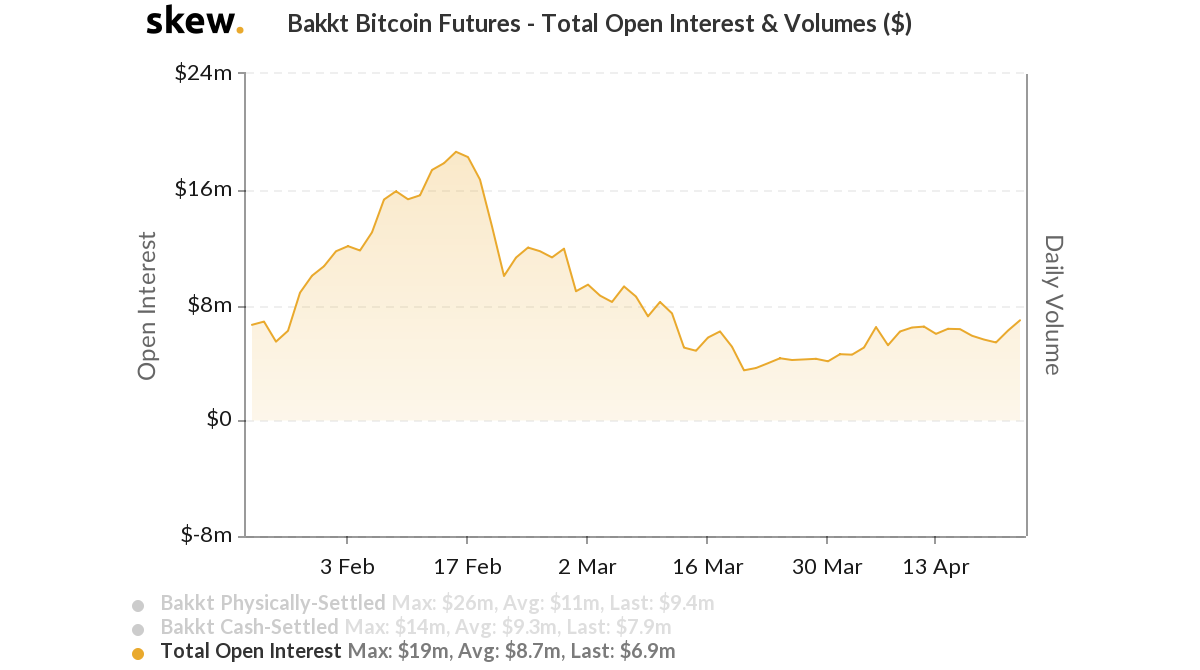 The CME market also highlighted a sudden shift in interest, but with low volume. Unlike the Bakkt market, CME was noting more volume and OI, despite a market crunch. However, as the other Futures market saw the return of investors, CME saw the interest spike with a reduced volume. On 16 March, CME’s OI had fallen to $118 million while its volume was $414 million. However, as the OI grew back to $207 million, the volume shrunk to $164 million, indicating that fewer buyers were holding more positions.

The overall Aggregated Interest in the market has also been rising and the same was clearly visible on the daily chart. The OI was seen to be marching upwards without interruptions. This increase in interest could suggest imminent price action in Bitcoin’s spot price.

Cryptocurrency Regulation to be Welcoming for Business – United Kingdom

DeFi Project SushiSwap Gets New Management amid Sell-off by Founder

Which investors will drive the Bitcoin market?

BitMEX Chiefs Looted More Than $440M From Exchange After Finding Out...