Bitcoin was down by 3 percent YTD. The cryptocurrency has so far failed to recuperate from the yearly highs as it continued trading below $9,500. The effects of the recent fall were not only limited to the retail side of the industry. Even on the derivatives side, it witnessed a slump. On the 11th of June, Bitcoin dropped from $9,934 to $9,293. Two days later, Bitcoin futures market noted the lowest trade volume in 2020. 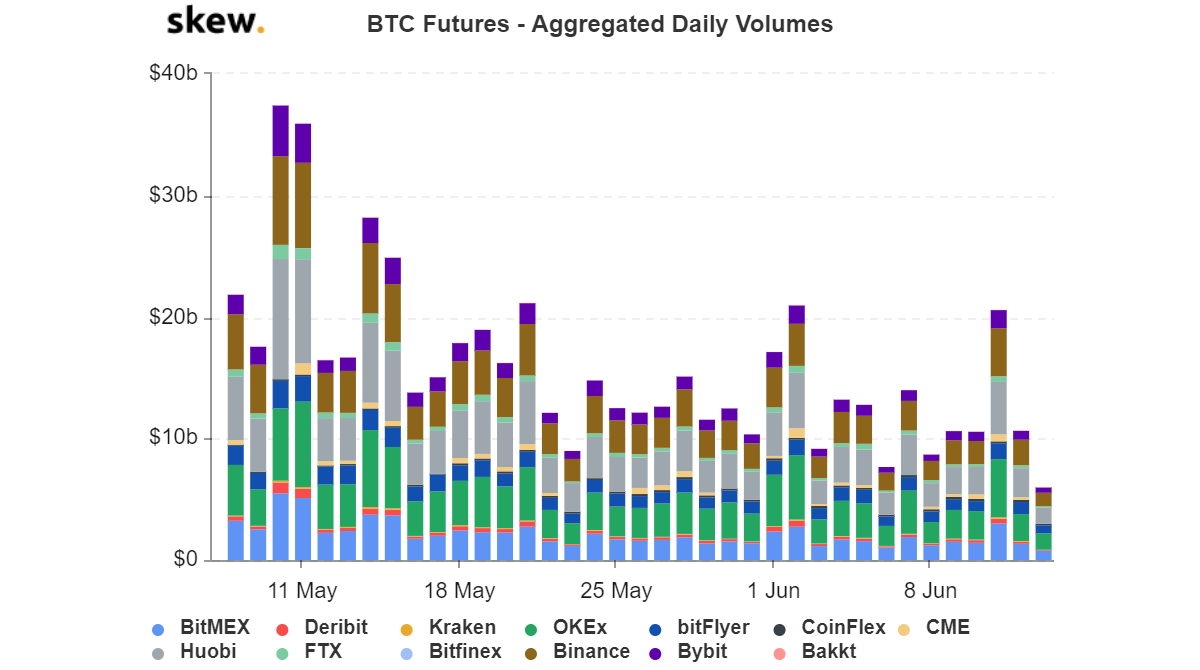 According to the latest Skew chart, BTC Futures volume on the 13th of June was less than $4 billion. Despite the recent price action, Bitcoin has been stable for the last couple of weeks as no sudden price swings took place in the month of May. The lack of volatility in the underlying crypto’s price action could have induced the downturn in BTC Futures volume.

Moreover, it was also observed that the halt in the trade volume was found in the non-regulated derivative platforms such as Binance, BitMEX, OKEx, and Huobi. BitMEX, for instance, recorded liquidation of a total of over $75 million positions on that day which caused its open interest to take a plunge. Notably, these platforms use BTC Futures more like a daily trading tool rather than a hedge.

With respect to regulated industry giants such as CME, where traders use BTC Futures as a hedge, open interest, as well as volume, remained relatively stable as opposed to their unregulated counterparts.

In addition, options market has also witnessed some crucial developments. The market, which mostly consists of some of the most knowledgable industry traders, also deviated on two fronts. Firstly, trading on a daily scale appeared to have stagnated as low volatility persisted in the market. Secondly, many BTC options traders have contracts expiring by 26 June 2020 with over 100,500 BTC Options contracts expiring. 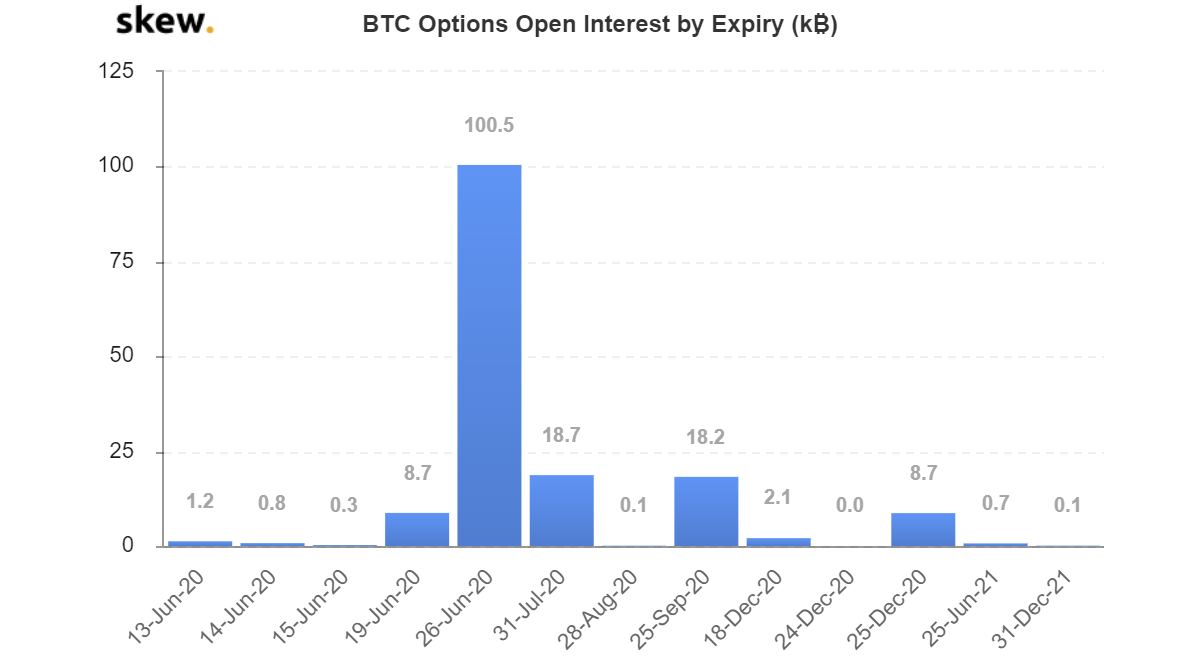 With Bitcoin’s price attempting to cross $9,500, the low BTC Futures volume and the expiration of the options contracts could steer  Bitcoin’s value in either way.

Your feedback is important to us!

Ripple Has Now Over 200 Customers Worldwide… But JP Morgan Has...

Is August 10th D-Day for the Bitcoin ETFs Filed by the...

As Bitcoin halving, approaches will exchanges be affected by miner shutdowns?