According to the most recent statistics on Etherscan, DEx.top ranked second place by trading volume among decentralized exchanges. This acquisition signifies that Bibox is now trying something new in the field of digital assets, seeking to improve the blockchain ecosystem while also providing its users with more trading options. 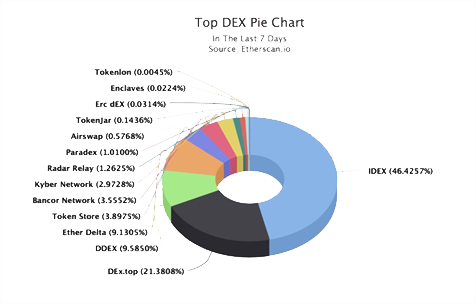 Founded by Jeffery Lei, co-founder of OKCoin, cryptocurrency exchange Bibox officially launched in November 2017. Within a mere span of 6 months, Bibox climbed the ranks to become one of the leading exchanges by transaction volume. Bibox has also established a strong global presence, with operation centers in more than 10 countries and regions including Estonia, the US, Switzerland, Singapore, Canada, China, Hong Kong, Japan, and South Korea.

Bibox integrates AI technology into all aspects of its platform trading, carefully screening high-quality projects for users, and has received wide acclaim from both users and industry experts for its smooth trading experience and excellent customer service. As of August 2018, Bibox has over 1 million registered users and processes over $200 million in trading volume daily.

SAP Shares Down Over 20% as Revenues Dips in Q3

Why IEOs Might Drive New Investors to the Crypto Market